Exposed to pornography at age ten to soliciting prostitutes at fourteen, Bill Corum lived a reckless and destructive life. While serving in the United States Marine Corps a superior told Bill at the age of eighteen “if you don’t change your ways, you’ll be in prison by the time you’re twenty one.” Disregarding the warning, that is exactly what happened. In the first twenty-one years of Bill’s life he rode over 2500 miles in handcuffs, leg-irons and waist-chains. Returning home to Kansas City several years later, he was determined to never go back to prison. Yet, with his insatiable hunger for money, power, and influence, Bill had no desire to become a law abiding citizen, he just learned to cover his tracks. In a short time, he achieved his goals by dealing drugs on a massive scale, being an underworld enforcer with organized crime, pornography and anything that made money. Bill was implicated as being one of the leading cocaine dealers in Kansas City and had enough money to do what he wanted. In his autobiography, Bill Corum takes you to a world most believe only exists in television. The Ultimate Pardon is an inspiring true story of one man’s escape from a life of serious crime and certain death.     This book is available HERE it is also Free to those incarcerated, use the contact us form on this site, and be sure to include their DOC # and location.  These books are free for prison chaplains too.  Contact us for more information. 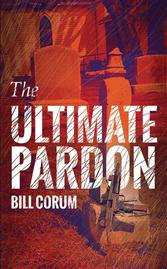